Why is Serengeti National Park so important? 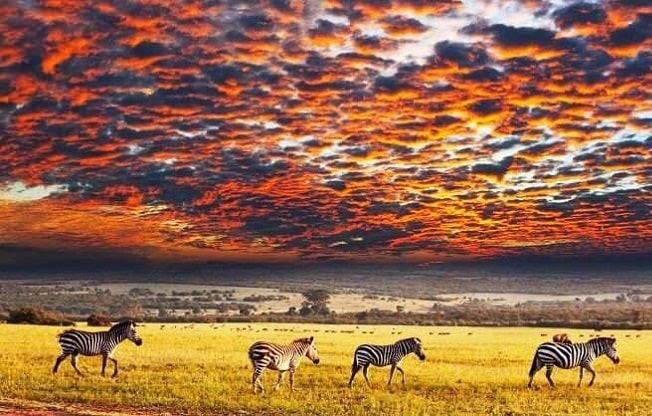 Why is Serengeti National Park so important?

Serengeti National Park is one of the most famous wild spaces in the world and we’d like to spend a little while talking about why it’s so important. Most people considering one of our custom Tanzania safaris ask to visit the Serengeti National Park, the crown jewel of the region, a destination that receives over 350,000 visitors annually. Its reputation very much precedes it, giving it an almost mythical status in the minds of travelers around the world. But the reality of this wonderful wilderness is perhaps even better than the hype that surrounds it, so let’s spend a little time discussing what makes this iconic piece of the African legacy so important.

The Great Migration
Let’s focus on the most popular topic straight away: the Serengeti is home to the largest land migration in the world, with a huge number of wildebeest (1.7 mil), zebra (500k), and antelope (200k) moving from the southern Serengeti west and northwards to Kogatende and Kenya’s Masai Mara before returning to the southern plains of the Serengeti in an endless cycle. The huge numbers of migrating herbivores move to gain access to drinking water and food and they are predated by many of Tanzania’s big predators, sustaining a particularly large lion population. For many, the Great Migration is the most unforgettable spectacle of their lives and that alone is important and worth protecting. For more information about this, check out our 10 facts about the Great Wildebeest Migration.

The Park also hosts one of the largest and most diverse large predator-prey interactions worldwide, providing a particularly impressive aesthetic experience. The Serengeti isn't just some ephemeral dreamscape, but a real one, an ecosystem thriving off its millions of animals, its migrations, its predator and prey drama. It is all one seething mass of life and beauty. If the migration is what you're focused on, tracking their movements will help you understand where they're likely headed in any given season - and we will be able to craft an itinerary for you based on their movement!

The Serengeti is Perhaps the ‘Last Intact, Fully Functioning Savanna’
In a 2013 National Geographic interview with famous primatologist Jane Goodall, she had this to say about the Serengeti: ‘For me, the Serengeti is one of the seven wonders of the world. Nowhere have I felt more strongly the essence of the Africa of my childhood dreams. It is the last intact, fully functioning savanna wilderness ecosystem in the world.’ While Goodall is famous for her incredible conservation efforts with chimps in Gombe National Park, in recent years she has also turned her attention to the Serengeti. Goodall highlights how exceptional the Serengeti is for being completely wild and intact in the 21st century and she argues that it is our responsibility to protect it from deforestation, poachers, and anything else that threatens it.

The People of the Greater Serengeti Ecosystem
While wildlife enthusiasts around the world line up to talk about how important the Serengeti is, the people who call this land home are often overlooked. While they do not live inside Serengeti National Park, the Maasai community has called the greater Serengeti ecosystem their home for hundreds of years. In fact, it is from the Maasai that we get the name Serengeti, which comes from the Maa word ‘siringit’ which means ‘endless plains’ — a very fitting name when you consider that the entire Serengeti ecosystem (30,000 square kilometers or 12,000 square miles) stretches out to fill a space roughly the size of Belgium. The people surroundig the national park live harmoniously with the natural ecosystem, living off the land without damaging it. Any efforts to protect the Serengeti also protect these communities of people.

The animals contained within this ancient ecosystem are incredibly valuable, and this is why Tanzania has gone to such great lengths to protect its wildlife. The government and the people recognize that tourism has a huge role to play in Tanzania’s economy, and it is up to responsible safari companies to figure out the best way to help visitors experience the wilder parts of the Serengeti without impacting the ecosystem. This is why it’s important to do a little research into any safari company you plan to travel with. If in doubt, ask them about their responsible tourism practices.

Unique Rock Formations Called Kopjes Can be Found in the Serengeti
Geologists are fascinated by the unique rock formations found scattered around the Serengeti. These formations are called kopjes and they are formed by exposed granite and gneiss rock shaped by fluctuations in wind and temperature. Kopjes are particularly popular with lions and other big cats as they offer sun-warmed rocks to sunbathe on and trees and bushes for shade. And because they are elevated above the plains, they offer a great vantage point to spot dangers and prey. A very specific kopje called Simba Kopje inspired Pride Rock in The Lion King. The kopjes of the Serengeti punctuate these endless plains, providing shelter for animals and representing some of the most spectacular sights in all of Africa.